A gathering of local people with long connections to the Ross of Mull took place in Creich Hall on Wednesday October 31st. A "living memory" discussion, which was let by Jan Sutch Pickard was a joint event between the Ross of Mull Historical Centre and the new Creich Community Library. It was a very pleasant afternoon with tea and home baking, around an open fire, remembering Creich Hall when it was a school, with many stories around books and reading.

The session began with Jan displaying a large wooden implement which was generally agreed to be a "tattie masher" * see note below*. This was followed by the subject of school with memories amongst the oldest present including the use of inkwells and slates, and the importance of neat handwriting and prizes for diligence.  Pupils who were left handed had to practice until they wrote with their right hand. One of the worst things was having to wash hands in freezing water and use hard toilet paper on visits to the outside toilet!

It was lovely to hear comments from Mamie Brunton who was teacher at Creich School from 1964 - 1976, with some of her pupils in the room.

There was a question put " what did you like best about school?" Iona's reply was "playtime" which got a lot of laughs and later  the conversation turned to the subject of playtime. Mamie  described the fairly basic, but totally novel, play equipment the Creich school bought using money bequeathed to it. Her son Sandy described the riotous fun the children had, careering around the big Creich school room on a simple piece of this equipment.  It was pointed out that  most children came  from small houses often far away from other children and school was the only place that provided the  opportunity to run around  together - especially inside. The other image that stuck with some of those present was the description of the big stove that stood out in the Creich school room providing the only heat source and Mamie reading stories with all the children clustered around the stove with her.

Another local remembers Mamie's sister Flora who taught her at Uisken School, with great fondness; Flora lives in Oban and her daughter and son, who live locally were present at the gathering.

It was clear from the conversations that school was enjoyed, but that living on an island caused restrictions to secondary school education, including the costs of lodgings in Oban. It was interesting to hear the political history of Creich Hall, which played such an important role in the village as a school and still continues to do so as a centre for the community. It seems Creich has a history as a hotbed of protest!

*More on the "tattie masher". Following the event one of those present got in touch to say that they had since heard that the wooden potato masher was put to use some many years go in the following way: every morning the hen's breakfasts were routinely prepared by boiling up potato peelings on the range in a big pot then adding "Layer's Mash" and mixing this in. When cooled, the wooden implement was used to mash the ingredients together so that the hens could be fed. The masher was used in this crofter's household solely for this purpose and not for other domestic uses. 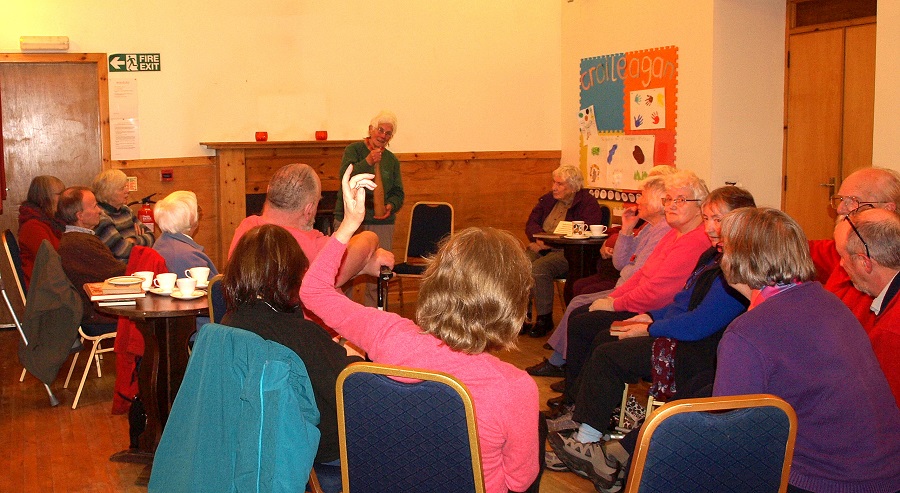 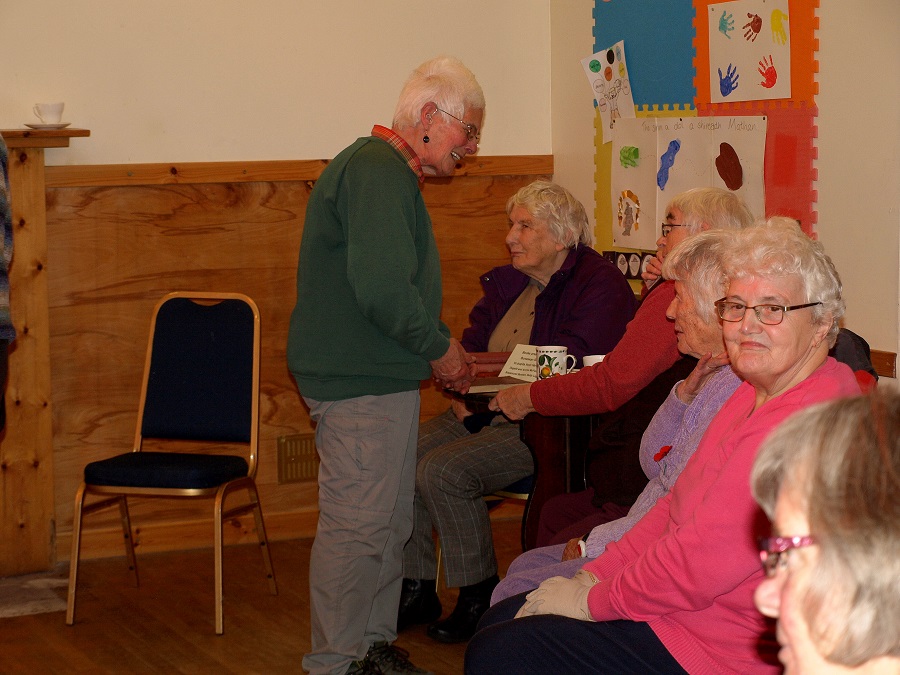