Stories from the Stones - Discovering a history of Erraid

The island of Erraid is a small (1-mile square) tidal island off the south western tip of the Ross of Mull. I moved here four years ago just having been a summer visitor before. Most of the island is wild heathland, bog and rock with a few sheltered wooded valleys. I was struck during my first winter to discover the island without its summer cloak of bracken. It wasn’t just seeing the true shape of the land, exposed with all the subtleties of the undulations of its surface, but also discovering that everywhere, scattered across the island, were stone piles, remnants of walls, house foundations, mounds, ditches - clear signs that people had been living and farming here a long time ago. I have no history or archeological background, but the idea that someone was living here, maybe thousands of years ago, looking out at much the same view as me, had me hooked. Who were these people? What brought them? How was it to live here then?

In addition, the island is laced with old walls - some just mounds, the stones long since grown over, others still boasting two or more courses of big granite boulders. Some were clear field boundaries, some maybe walls of a cattle fank, some to keep animals from accessing the island (and arable fields) from the shore. There were the remains of a wall that formed a U-shape across a stream - maybe a retting pool for soaking flax. In many sites there are small circular walls that may be the remains of ‘beehive huts’. These were small individual dwellings made from stones with probably turf or animal skins for a roof. (See photo below)

Every relatively flat piece of ground, especially if south facing and without too much exposed bedrock, showed the characteristic ripples of old lazy beds. (See photo below). This was the system of creating arable farming land by digging a strip of soil, turning it upside down and adding seaweed, thus making a mound that had the boosted fertility of the rotted plant layer plus the seaweed, but that would naturally drain. In many of these areas it was also possible to see the remains of ditches, noticeably often quite straight, linking to the lazy bed channels and draining away to larger streams. These are now very silted up and the bog has returned in most places but clearly, they were at one time well drained. The peaty soil coupled with the sand from the shore - which would have blown up during gales - made for fertile growing conditions, improved even more by the easy availability of seaweed. Many of these areas also have piles of stones - clearance cairns - where the early farmers would throw the stones as they cleared and dug the ground. There are quite a few streams that continue to flow during most dry periods. Many of the farmed areas are on the more sheltered south or south eastern facing side of the island.

There are many sheltered places along the shore where boats could be easily landed. I was reminded that up until the late 19th century the main means of transport was by sea. Erraid looked at in that context becomes quite a desirable place to stop off. It lies right on the sea routes that ran down the west of the UK, over to Ireland and around the top of Scotland to Scandinavia.

The Mesolithic hunter-gatherers (around 6000 BC) worked their way along the coast making temporary camps, living on fish, shellfish, nuts, berries, and what animals they could hunt in the woods along the shore. They didn’t leave many traces but their shell middens have been found on Tiree and Colonsay. Erraid lies right between those islands … I am on the hunt for a shell midden on Erraid.

Later during the Neolithic period (approximately from 5000 BC) into the Bronze Age (up to about 700 BC), people started settling, clearing the woods, enclosing land and farming. These people would probably have found Erraid quite hospitable. It looks like some did settle here and left at least one burial cairn (see photo below) plus some clearance cairns and house foundations (see photo below). Maybe some of the older field walls and the beehive huts originated with them.

The Bronze age farmers seem to have been fairly peaceful people, forming matriarchal communities. Up until about 1200 BC the climate was much drier and life in these parts was probably much easier than it became once the climate became wetter.  Many of the uplands that the early farmers occupied, became quite inhospitable and the population after this time dropped.

Added to the tougher farming conditions, the people living on Mull from 2000 BC onwards (we are now entering into the Iron age) had to contend with invasions from the Celts from Ireland who were more aggressive and who fairly successfully subdued the local inhabitants. They also built fortified Duns which were lookout sites for defense against neighbouring tribes or invaders from afar. The peaceful times were over! There are the remains of a Dun on the top of the rock outcrop on the North Eastern corner of Erraid (see photo below), and possible house foundations dating from that time.

I have not found many obvious archeological sites on Erraid that date from the next 800 - 1000 years. During this time there were further invasions from Ireland - this time the original Scots who founded the kingdom of Dalraida in what is now Argyll and the Inner Hebrides. From late 700 AD and for 300 years there were repeated invasions and settlements from the Vikings. In 1058, the king of Argyllshire at that time, finally drove the Norse settlers out.

At about this time Erraid and much of the west end of the Ross were in the hands of Iona Abbey and would remain so for the next 500 years until the reformation in 1560. Presumably, they had tenant farmers working the land supplying the abbey with food. Were the parts of Erraid cultivated by the earlier bronze age farmers kept in use at this time? There is at least one site that seems to be a medieval house foundation with an outer perimeter wall that would have enclosed a small garden or kale yard (see photo below).  Maybe later house foundations were built on earlier medieval sites using the same stone. How many of the field walls were maintained? At this point there is much supposition. In the centre of the island is a group of 6 beehive hut-like foundations enclosed with a perimeter wall. Could these have been built and used as a “retreat” by a satellite group of monks from the Iona Abbey?

I realised, while walking the island with the archeologists, that much of archeology is conjecture, based on sites that have been excavated elsewhere and an evolving understanding of the life and culture of a particular people. There is little documented before the 17th century for this area so we really don’t have too much to go on.  Any creative idea is worth considering until some evidence turns up to disprove (or prove) it.

Images below - clockwise from top left: 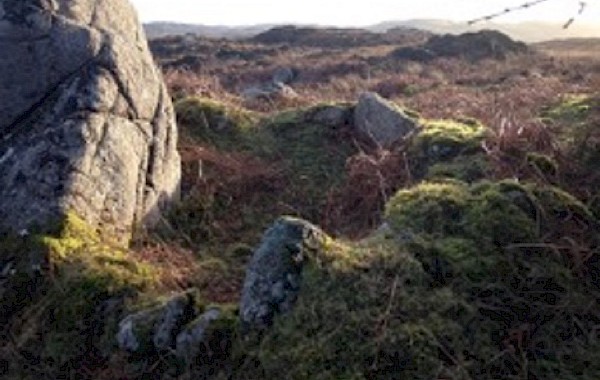 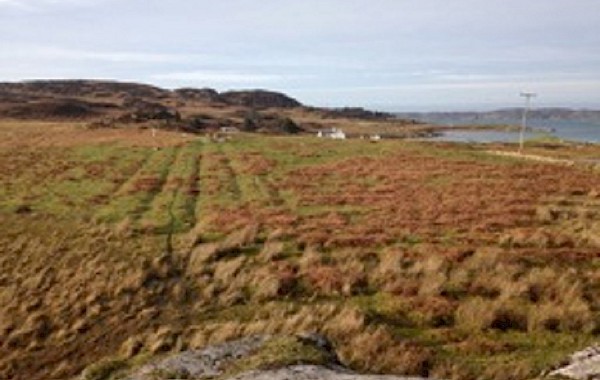 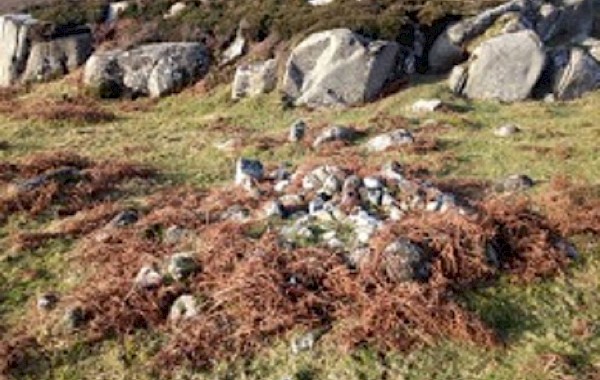 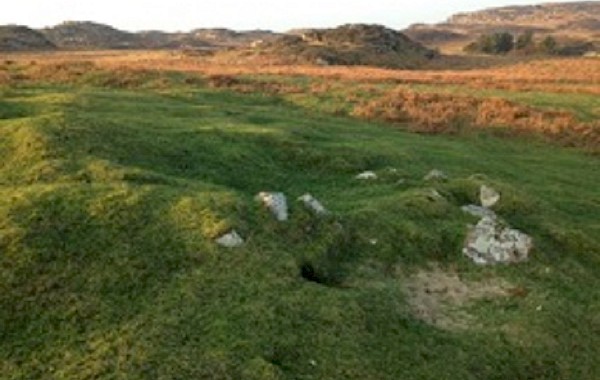 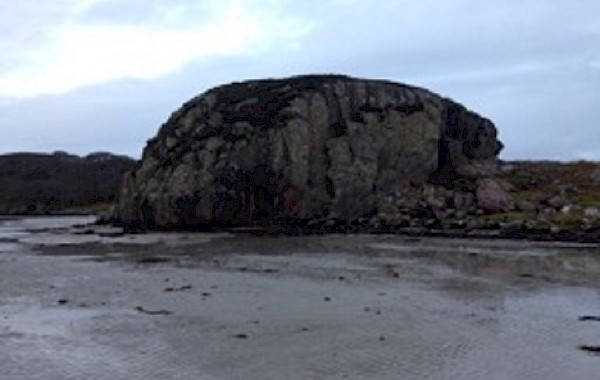 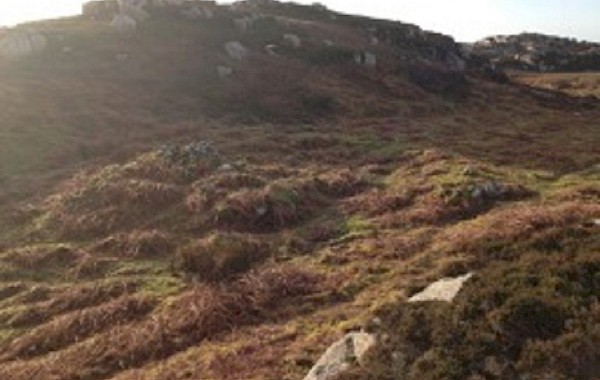